Belief in Astrology : a social-psychological analysis

Abstract
Social scientists have suggested several different hypotheses to account for the prevalence of belief in astrology among certain sections of the public in modern times. It has been proposed: (1) that as an elaborate and systematic belief system, astrology is attractive to people with intermediate levels of scientific knowledge [the superficial knowledge hypothesis]; (2) that belief in astrology reflects a kind of 'metaphysical unrest' that is to be found amongst those with a religious orientation but little or no integration into the structures of organized religion, perhaps as a result of 'social disintegration' consequent upon the collapse of community or upon social mobility [the metaphysical unrest hypothesis]; and (3) that belief in astrology is prevalent amongst those with an 'authoritarian character' [authoritarian personality hypothesis]. The paper tests these hypotheses against the results of British survey data from 1988. The evidence appears to support variants of hypotheses (1) and (2), but not hypothesis (3). It is proposed that serious interest or involvement in astrology is not primarily the result of a lack of scientific knowledge or understanding; rather, it is a compensatory activity with considerable attractions to segments of the population whose social world is labile or transitional; belief in astrology may be an indicator of the disintegration of community and its concomitant uncertainties and anxieties. Paradoxical as it may appear, astrology may be part and parcel of late modernity. 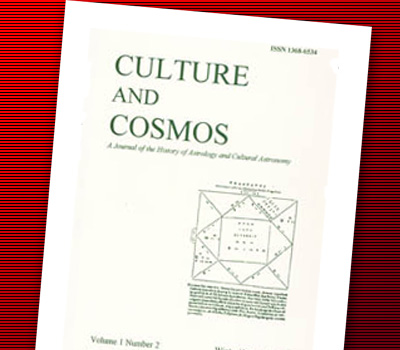